A robot now, she tidies the house. The walls egg her on. Once everything is in order she is ready to obey the urgent commands of the whispering walls. She opens the oven door. Plumps up a soft cloth and lays down her head, turning the gas full on. As she closes her eyes she learns for herself there is only herself, there is no other.

He finds her death-raw, switches off the gas and lets the words fall. The queen writhes on the bed upstairs expelling the poem he planted in her womb. He weeps. It is not just anyone who can kill genius. He preciously guards these words in the bell-jar inside. They bounce and pound, resounding forever against the tall glass walls.

There is sadness in his eyes but no surprise. She’d foretold the role she chose in the only novel she ever wrote. His friends gather around. They crack open their ribs and offer their hearts but it’s too late. She has won. There is no heart juice strong enough to stop the peach from rotting.

Still, he won’t give in without a fight. She has no right to destroy his joy. He picks himself up and dusts himself off.

He removes her and replaces her with the queen disguised as a gypsy woman washed in Jewish hopelessness. The grandmothers weep. They watch helplessly as the queen reels him in as surely as the American cheese of before. Once more he falls in love with himself. His words sing their own tune and he dives head-first into the lagoon they make, refusing to notice the undertow. Below the crystal calm weeds spread their tentacles that tickle his chest. He pretends to glory in their teasing. Down, down, down, he buries the gas-blown corpse of the first well beneath them.

The new poem he pours into the queen’s womb fruits into a daughter. The Queen of Sorrow uses her child to reinforce the walls of her house of cards. She blames the first for all the others. The hungry ones clamber around his knees, greedy to taste the peach, their ears large and hot from listening, eyes glistening – they sniff the lava scent of his deep despair and seething fury. They are there fuelling the queen’s moaning. They teach her the word hysteria means disease of the womb and she blames his poem.

The little girl arranges the soft toys around her doll’s cot, face down, feet away so they can’t see mummy doll lying in the cot clasping baby doll very closely, their glass eyes tightly shut.

The queen’s body and that of his daughter lie lifelessly on the daybed the unlit gas jets turned on. And so the house of cards tumbles down. Again his eyes show sadness but no surprise.

Poems fall from his fingers like teardrops. Poet Laureate sits on his head. They ask him why he has attracted these damaged women into his life, a poet with such insight. He answers that this has never once crossed his mind. But his volume of words put the lie to this reply… peach blossoms… grapes on the vine… a deer gambolling through the woods… a little boy cries…  Unleashed, they flicker and flutter and erupt, clustering in abnormal cells that grow and swell, a gangrenous stew of words which consume him whole. 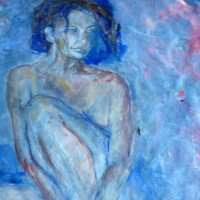 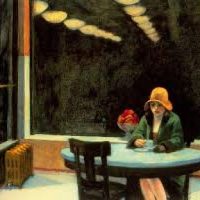 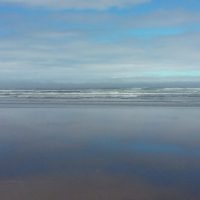 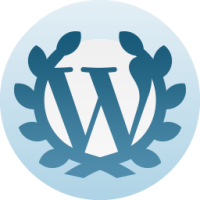 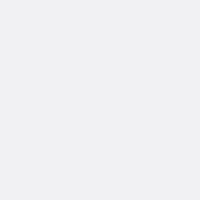 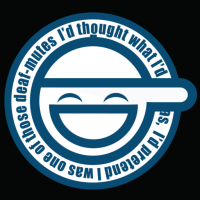